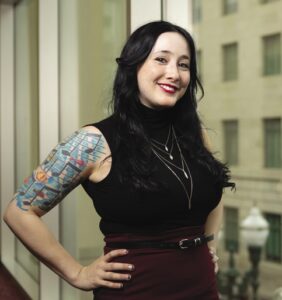 Joy received her Bachelor’s Degree in Music Performance at Crown College in 2009. In May 2018, she graduated from the Institute for Nonprofit Practice (Tufts University) with a Certificate in Nonprofit Management, as well from Clark University, receiving her Certificate in Nonprofit Youth Work as part of the International Development, Community, and Environment Program. Joy is a graduate of the 2019 Leadership Worcester class and the 2021 Philanthropy MA’s Nonprofit Learning Institute.

Joy is a Co-founder of Main IDEA and lived as a resident of the Main South neighborhood for three years; she served as Board Member and volunteer for the organization for seven years before stepping into her role of Executive Director in 2018. Joy is proud of her Mexican heritage, and is a member of the Dia de los Muertos Worcester Steering Committee, as well as the Massachusetts Women of Color Coalition, whose mission is to eradicate the racial inequities among women of color. Joy has also served as a Panelist for the Worcester Women’s Leadership Conference (2017), a Board Member for the Women in Development of Central Massachusetts (2018-20), and is a current member of the Young Professional Women’s Association of Worcester, the YWCA of Central Massachusetts, and Board Member for the Worcester Cultural Coalition.

In addition to her nonprofit experience, Joy is also an established music artist, and has performed throughout Worcester County since 2011 as a solo musician, particularly in the Canal District, as well as for various local festivals and events. Additionally, Joy has been an active dancer since college, taking classes and performing in ballet, modern, lyrical-contemporary, salsa, hip hop, and breakdancing styles. Joy also previously worked as a children’s music teacher for 10 years, most notably at the Worcester Music Academy (WMA), teaching voice, piano, and guitar for ages 6-17. She was the co-founder of several of the WMA’s performance groups, including the Youth Rock Bands, Girls A Cappella Group, and Sing-and-Play classes. Several of Joy’s individual music students and participants of Main IDEA’s youth music programs/event series have received nominations and awards with various local organizations over the years, including student Liam Coleman, who received the Worcester Music Award for Best Up & Comer and a Central MA “Best Of” award for Best Musical Group, as well as Pulse Magazine’s “2021 People to Watch.” Most notably, two of Joy’s former vocal students starred as contestants in the 2021 seasons of the national television series “The Voice” (Ryleigh Modig, “Top 17”) and “American Idol” (Chloe Belsito, “Hollywood Week”).

By combining her love of the arts with her passion for enriching the lives of Worcester’s youth, Joy strives to be a positive influence on the cultivation of the city’s music and arts scene by inspiring, encouraging, and empowering the city’s next generation. 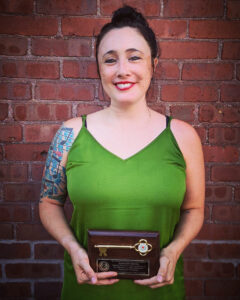 Key to the City

“In grateful recognition of your contribution to the celebration of the City of Worcester’s Tercentennial Anniversary.” – Presented by Mayor Joseph M. Petty

Nonprofit Leader of the Year

“Ultimately, that’s Main IDEA’s mission: helping young people’s creativity and ideas come through. ‘They have their own voice and their own agency, and we want to elevate that as much as possible,’ she said. ‘Because they do have something to say.’” Learn more here. 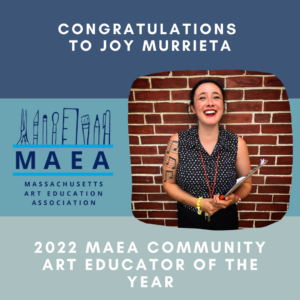 The mission of MAEA is to advance high quality visual arts education throughout the state by empowering art educators to excel in the practice, instruction, promotion, and celebration of visual art. Recipients exemplify highly qualified individuals active in the field of art education today: leaders, educators, students, scholars, researchers, and advocates who make significant contributions to the profession.

Each Wednesday, the WooSox shine the spotlight on a woman who is making contributions in the community, with the opportunity to throw the ceremonial first pitch of the game. 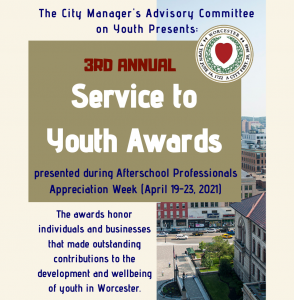 This is an award that is provided to those who have shown exceptional dedication and commitment in advancing the holistic wellbeing of youth in Worcester. Joy Murrieta was selected for her demonstrated commitment to empower & support youth to be their own agents of change, and as a leader who exemplifies understanding of both the day-to-day and systemic concerns that impact Worcester’s youth. 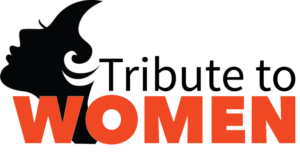 “The 2020 class of Katharine F. Erskine Award recipients…have opened doors for young women and people of color and have broken down barriers for future generations of female leaders. They have affected real change in their communities and inspire others to follow suit. The Katharine F. Erskine Award recognizes women who have demonstrated leadership and reached exemplary levels of achievement in their professions and communities. Recipients who a commitment to the YWCA’s mission to eliminate racism, empower women, and promote peace, justice, freedom, and dignity for all.” 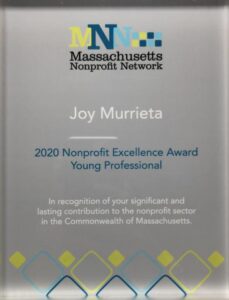 The Young Professional Excellence Award recognizes an emerging nonprofit professional who has made a significant contribfution to their organization through their vision, innovation, interpersonal skills, and hard work. Nominees have a demonstrated ability to: 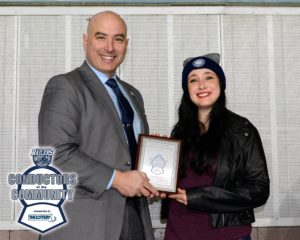 Conductor of the Community Award

The Conductors of the Community program, presented by the Massachusetts State Lottery, is designed to honor individuals who have made a significant and positive impact in the Worcester community. The Conductors of the Community award is presented to individuals who, through their dedicated commitment and humanitarian spirit, have made exceptional and lasting contributions to our community. Learn more here. 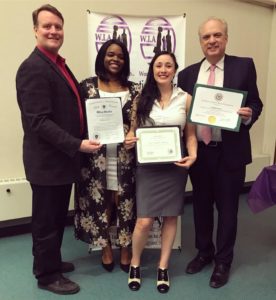 The Small Business Owners and Entrepreneurs Award Ceremony honors outstanding entrepreneurs in Massachusetts that show dedication, growth, and positive contribution to their communities. The Mayor of Worcester Joe Petty and Senator Michael Moore and other officials in attendance. Learn more here. 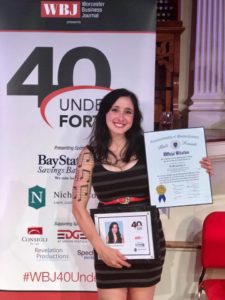 “What goal do you set for yourself at the start of every workday? Not let fear be the reason I don’t go after something, be gracious with myself and remember to pace myself!”  Learn more here. 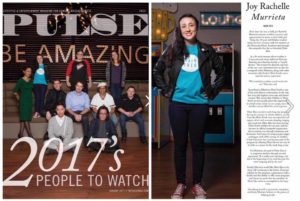 “I want to be someone who advocates as much as I possibly can for the community around me,” she said. ‘I don’t want to settle for less.” Learn more here.